IF HORSES COULD SPEAK (DVD)- (PARTNERS WITH TUG OF WAR)

Price: AUD $75.00
Horsebooks Club: AUD $56.95
This provocative and ground-breaking film, If Horses Could Speak, is based on the best-selling book Tug of War: "Modern" versus Classical Dressage book that shook the equestrian industry upon its initial release around the world. Now, you can take a step further into the examination of the horse's "riding experience" and see just how specific kinds of movement and posture impact the horse's skeleton and musculature.

Through the magic of amazing three-dimensional animation as never-before-seen in an equestrian video of this kind viewers are shown how the horse's limbs, muscles, and ligaments interact at various gaits. In addition, live-action examples of riding, both good and bad, demonstrate the effect human beings have on their equine "partners." Viewers are sure to be astounded by the direct role their riding has on their horse's physical and mental health and well-being.

If Horses Could Speak includes interviews with professional riders, veterinarians, and academics who specialize in the study of the horse's anatomy and how riders can best work with it, rather than against it. Plus, shocking clips from warm-up arenas around the world expose the dark side of competitive horse sport. Altogether an illuminating and eye-opening visual experience, this DVD is not to be missed by anyone who desires to train and ride horses in a way that nurtures and builds them up, rather than wears them out and tears them apart.apart.

Book Title: IF HORSES COULD SPEAK (DVD)- (PARTNERS WITH TUG OF WAR)
Publisher: Trafalgar Square
Format: DVD
ISBN: 9781570764431
Author: Dr. Gerd Heuschmann
Author Notes: Dr. Gerd Heuschmann trained as a Bereiter (master rider) in Germany before qualifying for veterinary study at Munich University. There he specialized in equine orthopedics for two years before accepting a post as the head of the breeding department at the German FN, which he eventually left to start his own practice in Warendorf. He has been an active member of the hyperflexion (previously referred to as Rollkur) debate, weighing in at the 2005 USDF National Symposium and the 2006 FEI Veterinary and Dressage Committees Workshop. Along with Klaus Balkenhol and other prominent figures in the dressage community, Dr. Heuschmann is a founding member of Xenophon, an organization dedicated to fighting hard against serious mistakes in equestrian sport
Condition: New 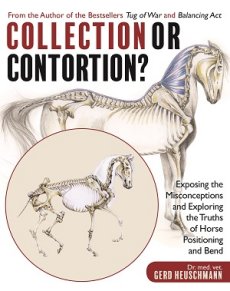 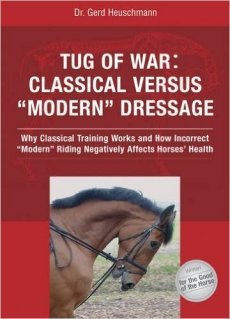 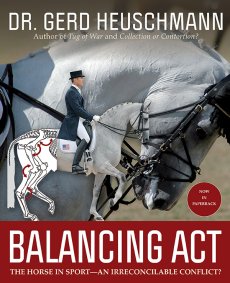