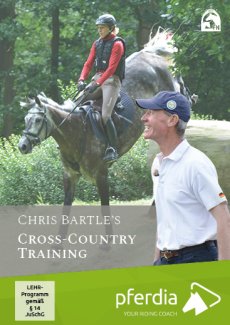 Safety is one of the most important topics in eventing. The experts agree that good training of horse and rider is the best prerequisite for safe cross-country riding. A good cross-country rider, above all, is characterized by the ability to keep the horse in balance with his seat and to correct his seat and his position reflexively. Which seat positions all cross-country riders should know and which important aspects they have to consider, shows the DVD "Chris Bartle's Cross-Country Training". It was produced by pferdia in collaboration with the working group “Safety in Cross-Country” of the German Equestrian Federation (FN).

The Briton Christopher "Chris" Bartle was from 2001 to 2016 discipline coach of the German national eventing team. During this time, he "revolutionized" cross-country training in Germany and led the German riders to world-class achievements. Meticulously, he has evaluated thousands of images and video sequences of cross-country activities and passed on his philosophy during hundreds of courses and seminars to both riders and coaches. It is his foremost requirement for the rider to sit in balance, with the aim of being able to escape from precarious situations at all times. To achieve that, the rider must take a seat that offers him maximum safety and at the same time gives his horse the chance to stay in balance both over the jump and during landing. According to Bartle's philosophy, safety and effectiveness in cross-country riding are based on the following: the outer posture of the rider (posture, balance, seat, legs and hands), communication (trouble-free connection to the horse's mouth), the sense of speed (rhythm and length of stride), the adherence of the line and the balance as well as the inner attitude (positive attitude, trust, concentration). Unlike the rider’s mental attitude, which must always be positive and optimistic, his physical posture should be more "pessimistic".

What exactly is the DVD about?

What do you learn in this DVD?

Book Title: Chris Bartle’s Cross-Country Training (DVD)
Publisher: Pferdia
Format: DVD
Number of Pages: Run Time: 72 Minutes
ISBN: 9783954990887
Author: Christopher Bartle
Author Notes: Christopher Bartle is coach of the British national eventing team. With the UK dressage team, he participated in the 1984 Olympic Games of Los Angeles. He later won team gold at the 1997 European Championship and claimed the Badminton Horse Trials one year later. From 2001 to 2016, Chris Bartle was trainer of the German national eventing team, together with head coach Hans Melzer. Besides the “nearly”-Olympic gold in 2004, 2x team gold 2008 & 2012 and 1x team silver in 2016, his greatest victories as a coach were 2x gold at the World Championships and 3x team gold at the European Championships in a row. Above all, Chris Bartle wants to pass on his years of experience by giving eventers the capabilities to ride safely through the cross-country course. 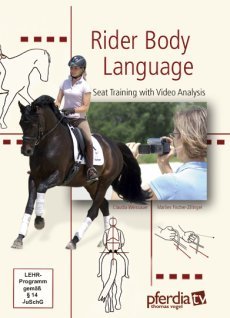 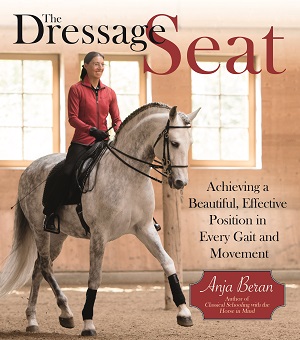