The DVD, a companion to the book is a step by step visual guide, with each technique clearly filmed and explained in detail. Jim shows a complete treatment that covers the neck, shoulder and back. He has used this treatment to improve performance on over thousands of horses - and you can too!

By using these techniques, and knowing the responses to look for, you are able to:

The Masterson Method is an innovative form of bodywork that relaxes the horseâ€™s body and relieves his muscles, connective tissue, and structure of deep stress and pain.  Through the gentle and light manipulation of targeted Release Points; the movement of joints or junctions through a range of motion in a relaxed state; and studied observation of the horseâ€™s responses (his reactions tell you what he is feeling), youâ€™ll open doors to improved health and performance while enhancing communication and your relationship along the way.

Enjoy demonstrations of the Masterson Method during this 80 minute DVD.

Take a sneak peek at what you can expect to see on Beyond Horse Massage (DVD) with Jim Masterson.

Book Title: BEYOND HORSE MASSAGE (DVD)
Publisher: Trafalgar Square
Format: DVD
Number of Pages: 80 mins
ISBN: 9781570765360
Author: Jim Masterson
Author Notes: Equine Massage Therapist for the 2006 and 2008 and 2010 USET Endurance Teams, and for equine clientele competing in FEI World Cup, Pan American and World Games competitions, first became interested in equine massage in 1997. Jim recognized that the horse exhibits certain neurological responses to touch as it releases tension in the body. Using those responses to guide his work, he developed a system in which the horse participates in the process by showing the practitioner where tension has accumulated, precisely how much pressure is needed to release it, and when it has been released. The result is an effective method of bodywork that anyone can learn to use, to improve performance while at the same time opening new levels of communication and trust with the horse. Jim has been a presenter at Equitana Asia Pacific (Australia, 2008) and Equine Affaire (US, 2009) equine conventions and was invited to demonstrate his techniques at the Syracuse Invitational Horse Show (2009). Jim currently works on 500 to 600 horses a year on the U.S. Hunter-Jumper Show circuit, including top equine competitors in events such as the USEF and Maclay Medal series, and FEI Grand Prix, Nation's Cup, Pan American and World Cup jumping events. He helped members of the USET Singles Driving Team prior to the 2010 Championships in Italy and members of the USET Jumping team. Jim teaches Masterson Method seminars and advanced courses to horse owners, trainers and therapists worldwide.
Condition: New 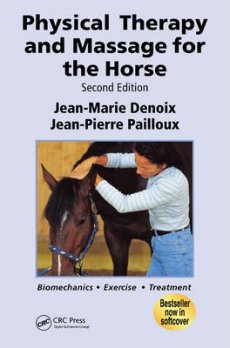 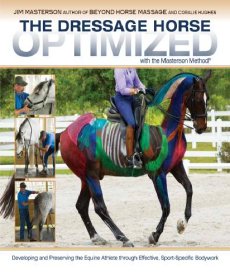 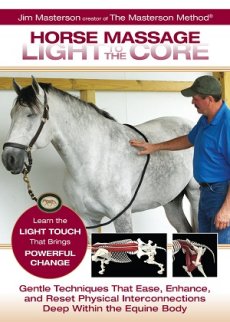