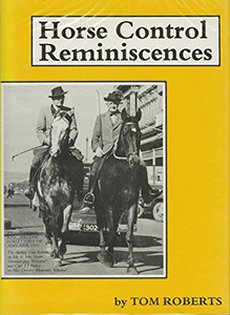 Tom Roberts published four books on horse training, including Horse control - the young horse : the handling, breaking-in and early schooling of your own young horse, which was in its 6th edition in 1992. His books were all self-published; several with the help of his wife Pat.

In his remarkable life, Tom established himself early as a natural horseman. Born in India in 1900, he joined the British Army as a trumpeter in 1914 and by the age of 16 was the youngest ever Certified Military Riding Instructor (known as a 'Rough-Rider') in the British Army. Throughout his career he proved especially adept at training young and difficult horses. After migrating to South Australia in 1925 and joining the South Australian Police Force, he completed service in the Middle East with the AIF. in 1940. After his return he was Instructor to the South Australian Mounted Police until his retirement in 1960.

Among his many other equestrian achievements, he conducted training schools in several states, was a founder of, and instructor with the Dressage Club of South Australia, a founder of and advisor to the SA Pony Club Association, and a judge at many horse shows around Australia. He wrote a regular column for the well-known Hoofs and Horns magazine using the pen name 'Weedon'.

In the 1970s when Tom could no longer ride or instruct his classes due to injuries sustained in the war, he began to draw on his extensive knowledge and experience to write. His series of four 'Horse Control' books are all self-published. They sold throughout the world and were re-released in many subsequent editions. His books all use photographs, drawings and cartoons to illustrate his training techniques. His final book in the Horse Control series (Horse Control Reminiscences), launched on his 84th birthday, looks back on his life and his philosophy on horse psychology and training. The front cover shows Tom (on the left) and Capt. JJ Pearce riding down King William Street in 1951.

In 1982 Roberts received the Medal of the Order of Australia (OAM) for his service to equestrian sport.

Tom Roberts died in 1989. A horse riding trail constructed in the Adelaide hills was named the Tom Roberts Horse Trail in his honour; the first section opened in 1993. His widow, Pat Roberts, edited and published a book based on Tom's war diaries, called Will we be disappointed after (1995).

Book Title: Horse Control Reminiscences
ISBN: 9780959941333
Author: Tom Roberts
Publisher: Tom Roberts Books
Format: Hardcover
Author Notes: "The Father of Australian Horse-Psychology" Tom Roberts was a trail blazer... At 14 years of age Tom Roberts joined the British Army as a Trumpeter. His ability to handle difficult horses was quickly noticed and at 16 he was responsible for handling and training 25 horses and mules a week for the lines in France, 1916-18. Roberts received lifetime inspiration at Weedon Cavalry School from Instructor Capt. J. J. Pearce, fresh from the Spanish Riding School and Saumur. He spent four years in India training polo ponies, hunters and chargers. Roberts won the first Dressage Test held by the Australian Royal Show (Adelaide 1950), and was co-founder of the Dressage Club of S.A., 1950, and was also the first in Australia instructing in dressage. Roberts organised the Dressage phase for the first (1952) S.A. EFA One-Day-Event. He also took the first EFA Schools introducing Dressage and Showjumping in Perth, W.A., and schools throughout S.A., Mildura and Broken Hill. Roberts helped found the S.A. Show Jumping Club and the S.A. Branch of Pony Club Association. When he could no longer stand to instruct because of WW2 injury, he began to write. His books on 'horse control' have sold world-wide. Thousands of riders, and their horses, have benefited from Tom Roberts' books.
Number of Pages: 156
Condition: New 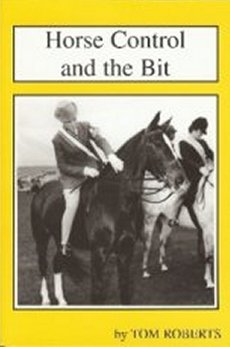 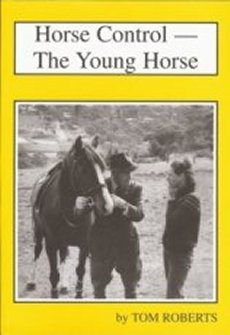 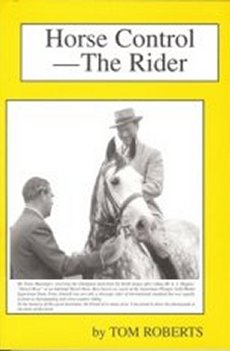 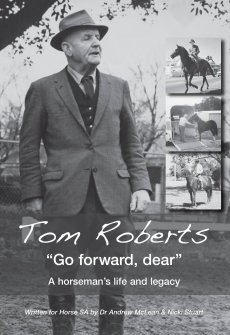