An excerpt from an article by the author, Patrick Bartley, in the SMH Sport pages on Saturday 18 October 2014:

"Writing Roy Higgins' memoirs would be a daunting challenge for any writer. I admired the man, and counted him as a friend – as many in the racing industry did. He was one of those rare human beings who had the magical ability to make anyone feel welcome. To write a book about his life, so soon after his death, was difficult, not only because of the number of words required, but the importance of giving his story the respect it deserved."

"Roy's been an inspiration, an icon and a legend. His legacy will live on forever" Damien Oliver.

A great jockey and an even better bloke, Roy Higgins was such a revered figure of the Australian turf that his televised funeral took place at Flemington in the mounting yard with racing royalty in attendance. The hearse took him down the straight where he won two Melbourne Cups. Higgins died in March 2014, aged 75.

The jockey known as 'The Professor' grew up in the shearing sheds of Deniliquin. He rode Bart Cummings' first Melbourne Cup winner, Light Fingers, in 1965, and was one of a handful of jockeys to win the grand slam of racing: the Golden Slipper, Cox Plate, Caulfield Cup and Melbourne Cup. Over his 30-year career Higgins clocked up an amazing 2300+ wins, including 108 group one races. And he 'lost enough sweat to keep the whole world slim' as he struggled to keep his weight down.

A warm and genuine character with a great sense of humour, Higgins was much loved. This is a biography that celebrates Higgins' contribution to five decades of Australian horseracing, where key racing figures around Australia share their stories and memories.

Read a full review from the SMH here >> 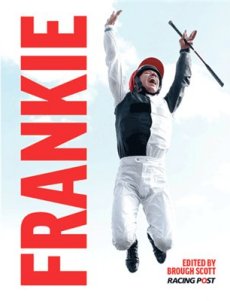