50 Years of the Thoroughbred Club: Power & the Passion of Racing Pals 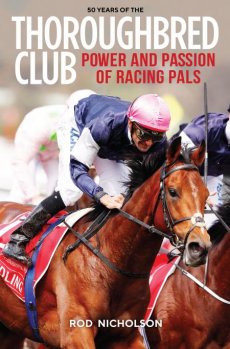 Power and Passion of Racing Pals.

The Thoroughbred Club celebrated its 50th anniversary in 2018, 50 Years of the Thoroughbred Club covers its colourful history and brings to life many of the characters who have built and now oversee the club. What they have in common is a love of the thoroughbred, and the chance to have fun with a group of equally enthusiastic racing folk.

The people who make up this club have a unique insight into racing. Many are breeders, owners, bookmakers, administrators, stewards or trainers and jockeys. They are intricately involved and informed privately or at Thoroughbred Club functions by the people who walk the corridors of power within the industry, as well as government. The members, who come from all walks of life, are passionate about racing. For many it is their livelihood, for others it is a way of life that offers the chance to mingle with friends and enjoy the sport of kings.

The passion and the influence within the club is palpable. Anyone who has attended a Caulfield Cup eve or Blue Diamond Stakes eve luncheon will testify to the club’s enthusiasm for racing. That it attracts elite guest speakers from the training, riding, administrative and media ranks, as well as world-class entertainers, is confirmation of its “pull” within the racing ranks.

Book Title: 50 Years of the Thoroughbred Club: Power & the Passion of Racing Pals
ISBN: 9781925642636
Author: Rod Nicholson
Publisher: Wilkinson Publishing
Format: Hardcover
Author Notes: Rod Nicholson has been one of Australia’s leading sports writers for the past half century, excelling as a racing, cricket and football writer. He was a News Ltd cricket correspondent for 21 years covering more than 200 Tests around the world. His books included the Bradman Foundation-endorsed Don Bradman, Australian Icon, and books on Merv Hughes, Border’s Heroes and Cricket Victoria’s Centenary book. He was the inaugural inductee as Cricket Victoria Media Life Member and is a Melbourne Cricket Club media Life Member. Nicholson covered football from 1969 until the mid-2010s and wrote the First 100 Years of the Fitzroy Football Club and Brownlow Medallist Len Thompson’s The Other Side of the Medal among others. He is a Life Member of the AFL Media Association. He is the author of The Australian Racing Hall of Fame, and is a multiple award-winning racing writer, twice winner of the coveted Bert Wolfe Award. He was awarded the Australian Sports Medal for his contribution to sports journalism in 2000.
Number of Pages: 160 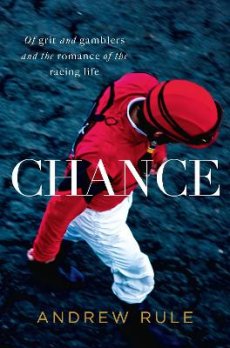