The Gates to Brilliance 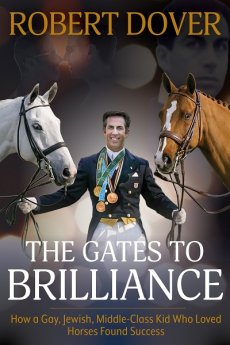 An authentically honest and self-reflective promise of how a life lived with purpose and passion can yield greatness.

“The gates to brilliance are surrounded by a cloud of sweat and tears.” That is what Olympic dressage rider and coach Robert Dover’s mentor, the revered Swedish equestrian Colonel Bengt Ljungquist, told him. It is a lesson that stuck—only with great passion and determination can one achieve success, and just maybe, happiness, too.

In a fascinating book that reads like a potent elixir, three parts memoir and one part inspirational self-improvement guide, readers are ushered through 16 “gates to brilliance”—keys that Dover discovered as he made his way through his own life, from gawky, horse-crazy child to influential Olympic coach and entrepreneur. Sharing deeply personal stories that were fundamental to his evolution, Dover is candid about the path he took on his way to becoming one of the most successful equestrians in the world. Readers learn about abuse he suffered as a child, and his formative years as the only Jewish kid on Grand Bahama Island. He writes frankly about his father’s alcoholism, his parents’ divorce, and his unwavering devotion to his mother. The book delves into his fear of coming out, explores love and loss, and examines the perfectionist tendencies that have at times held Dover back, while at others, have helped him rise to all new heights.

In addition, readers hear stories from the barns, arenas, and show grounds where Dover built his career, from his days as a wild Pony Clubber to his struggles in Germany under the tutelage of some of Europe’s great riding masters. We meet the horses and people he partnered with along the way as he offers a glimpse behind the curtain at the pomp and politics of international equestrian competition.

Throughout, Dover's dedication to self-betterment and belief in living a life with purpose stands front and center, softened by his humor and willingness to cast a critical eye on himself. With countless moments of searing honesty bound to fundamental life lessons from which he hopes we can all learn, Dover assures us the road to success is there for the taking. The ultimate goal, though, is to emerge on the other side of whatever comes next a brighter, more compassionate, happier person—that is brilliance.

Book Title: The Gates to Brilliance
ISBN: 9781570769870
Author: Robert Dover
Publisher: Trafalgar Square
Format: Paperback
Author Notes: Robert Dover served as Technical Advisor and Chef d’Equipe for The Dutta Corp. U.S. Dressage Team from 2013 to 2018. Under his leadership, the U.S. Dressage Team returned to the podium at the 2016 Olympic Games in Rio de Janeiro, where the team won a bronze medal. Additionally, in 2015 Dover coached the U.S. Dressage Team to a gold medal at the Pan American Games. A five-time Olympian and four-time Olympic bronze medalist, and the first openly gay Olympic athlete when he came out in 1988, Dover has earned more honors than any other U.S. dressage rider, competing in five Olympic Games and four FEI World Equestrian Games. He also became the first American since 1960 to win the Aachen Grand Prix in 1987—something Dover considers a distinguished moment in his career. In the mid-nineties, he was a founding member of the Equestrian AIDS Foundation, which provided financial assistance and emotional support to those in the horse industry stricken with AIDS. The mission expanded in 2006 to help all fellow equestrians in need overcome adversity, focus on healing, and rebuild their lives. In 2019, Dover launched Robert Squared with his husband Robert Ross. Inspired by the ethical movement of Tesla and Mercedes to make the switch from traditional leather products to vegan, Dover decided to do the same for the equestrian industry. His company partners with top craftsmen, artisans, and manufacturers around the world to create top-of-the-line, handcrafted vegan tack.
Number of Pages: 288 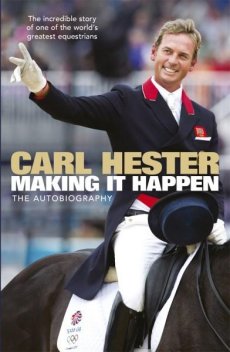 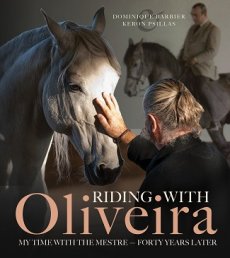 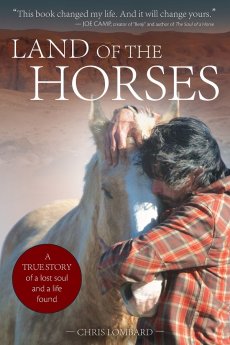