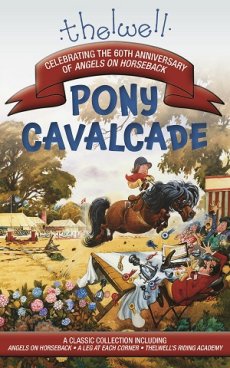 Little girls. Fat hairy ponies. Hook-nosed riding teachers, riders on backward, and horses gone madly off course. The artist Norman Thelwell published his first pony cartoon in 1953, and quite by accident, his name became synonymous with these kinds of images. "The response was instantaneous, " he wrote in his autobiography. "Suddenly I had fan mail…I dreamed up some more horsey ideas and people went into raptures." The "Thelwell pony" soon became the most-often referenced source of horse-humor the world over. In 1957, Thelwell's first collection of pony cartoons, Angels on Horseback, was published, followed by A Leg at Each Corner in ' 61, and Riding Academy in '63. In this Anniversary Special Collection, readers get all three classics, featuring page after page of Thelwell's hilarious cartoons along with his often blisteringly accurate advice for survival in and around the equine herd. Whether audiences open Pony Cavalcade out of nostalgia or curiosity, the delightful details of Thelwell's illustrations and timeless wit of his caricatures and asides are a surefire way to change a day for the better, and certain to send a new generation of fat-hairy-pony-lovers out to the barn to test the truths within.

Book Title: Thelwell’s Pony Cavalcade
ISBN: 9781570768286
Author: Norman Thelwell
Publisher: Trafalgar Square
Format: Paperback
Author Notes: In 1952, Norman Thelwell penned his first cartoon for the satirical British magazine Punch, renowned internationally for its wit, irreverence, and for publishing the world's best comic writers and poets. This led to a relationship that lasted for 25 years and over 1,000 cartoons, including 60 front covers. Thelwell was a master of sharp social comment and sheer zany humor, and his 34 books have sold millions of copies worldwide and have been translated into numerous languages (thelwell.org.uk).
Number of Pages: 352 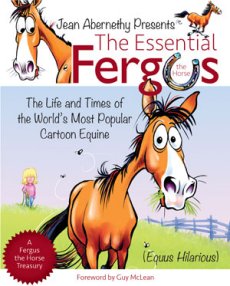 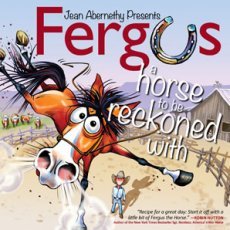 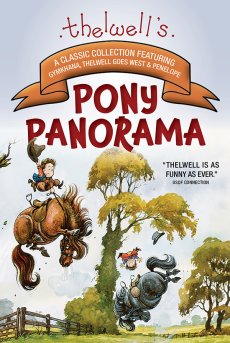