Mick and the Cleaner (Australian Title) 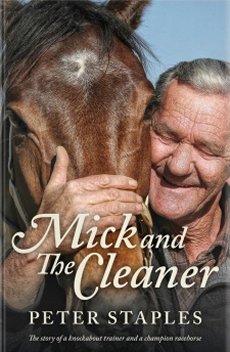 The Story of a Knockabout Trainer and a Champion Racehorse

It was in Launceston in February 2011 that battling horse trainer Mick Burles and a gelding called The Cleaner began their racetrack journey that was to make its mark on the landscape of the Australian turf. The Cleaner, bought two years earlier at a yearling sale for just $10,000 by three of Burles’ golfing mates when the trainer didn’t have the money himself, finished 13th in a field of 14 maidens. The first-up flop went on to win 19 of his 54 races for Burles and earn more than $1.3 million in prize money.

Much loved as battlers in a world of bluebloods, Mick and The Cleaner would garner a cult-like following, with fanfare at a frenzy in 2014 when the horse Mick called Bill became the first Tasmanian-trained runner in the Cox Plate. By the time their partnership ended just over a year (and another run in the Cox Plate) later, the two underdogs were national identities, with some likening the partnership to that of Tommy Woodcock and the legend Phar Lap.

In December 2015, Mick’s world was torn apart when the same friends who stepped in to buy the horse when Burles didn’t have “10 grand”, sacked him and removed The Cleaner from the stables he had called home for close to seven years.

In Mick and The Cleaner, the remarkable rise of the two unlikely heroes, and all the facts of how and why this pair were split, is exclusively revealed.

Book Title: Mick and the Cleaner (Australian Title)
ISBN: 9780987342881
Author: Peter Staples
Publisher: Slattery Media Group
Format: Paperback
Author Notes: Peter Staples has worked in the print and electronic media for over 30 years. He has been the racing journalist with the Tasmanian racing industry’s governing body for the past 12 years, and prior to that he was a journalist with The Mercury — firstly as a general sports reporter before acquiring the position of chief racing writer, a position he held for a decade prior to branching out on his own in 2001. Peter is a multiple award-winning racing writer who also has been a judge on the Australian Racing Hall Of Fame panel for over a decade. He holds a similar position with the Tasmanian Racing Hall of Fame judging panel. He continues to contribute to radio programs nationwide and he is the host of all Tasmanian racing products produced for Sky Channel, in particular Sky Thoroughbred Central.
Number of Pages: 192 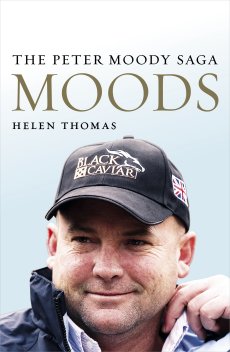