Philippe Karl, master of equitation and advocate of Legerete (lightness) is a world-renowned rider, trainer, and classical instructor. In his clinics he sensitively teaches the basics of classic equitation. This DVD series allows you to watch Philippe Karl work with his pupils, all of whom are licensed and future instructors of his School of Legerete. He teaches average riders on a variety of horses Legerete from appealing cart horses to eager Haflingers to noble equine competitors. Karl expressively adapts his teaching to the individual training standard of each horse-and-rider combination.

In both Part 1 and Part 2, all areas important to the systematic training of the horse are developed. This includes:

Book Title: SCHOOL OF LEGERETE VOL.2
Publisher: Pferdia TV
Format: DVD
ISBN: XX01000036
Author: Philippe Karl
Author Notes: Philippe Karl was born in 1947. In 1968, he drops his medical studies to dedicate himself to working with horses. From 1968 to 1971, he studies breeding, first at the Zootechnical Studies Centre (Centre Enseignement Zootechnique) in Rambouillet, then at the French national stud Haras National du Pin. He obtains his national riding instructor's certificate in 1971. From 1972 to 1979, he heads the riding department at the Centre Enseignement Zootechnique in Rambouillet, where he is in charge of various branches of professional training. From 1980 to 1985, he runs his own stables. During all these years, he is regularly competing in eventing and show jumping. In 1985, General Pierre Durand appoints him as a member of the French national riding school Ecole Nationale Equitation in Saumur, and he becomes an Ecuyer at the prestigious Cadre Noir. Being especially dedicated to the shows of the Cadre Noir, he creates two historical shows, presentations at the long reins both in jumping and High School and participates in the shows of the Ecuyers. For thirteen years, he takes part in all the gala shows of the Cadre Noir in France and all over Europe. In 1998, he leaves the Ecole Nationale Equitation to devote himself to the clinics he is giving in France, Germany, Italy, Switzerland and the United States. Since 2004, he has been especially dedicated to the training of riding instructors within his School of Legerete
Availability: In Stock Australia
Condition: New 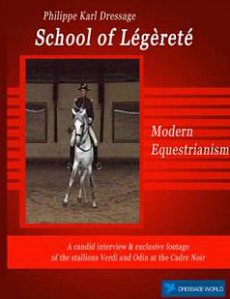 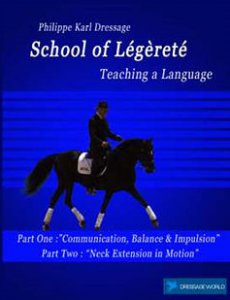 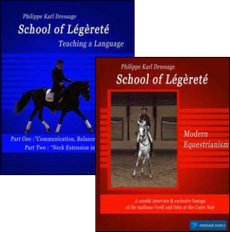