Discovering Natural Horsemanship chronicles one man’s obsession to get better with horses in a gentle way. Author Tom Moates’s life and work were on a horseless path until serendipity brought Niji, a sorrel gelding, into his life. Nothing has been the same since.

In his candid and plain-speaking style, Moates shares the honest highs and lows that come with the territory of starting out in the Better Way with horses. Along the road, many well known clinicians—including Harry Whitney, Bryan Neubert, Linda Parelli, John Lyons, and Ray Hunt—generously tolerate his thirst for helpful information on getting better with horses, and Moates works hard to share their wise words in this book, alongside his personal experiences attempting to implement them.

Sometimes humorous, often inspiring, and always resonating with authenticity, Discovering Natural Horsemanship is an awesome read for anyone who loves a great true story, whether horses have knocked you from the regular orbit of your life, or not . . . yet.

Excerpt from the book:

“The sun on their fuzzy winter coats warmed them that morning to complete tranquility. All three stood, each with a rear leg cocked, in a sun coma when I got up there around eleven. Saddling up Soke went with ease, and I rode her down the farm road and over to the house just fine. Soke and I had been going for rides away from the other two for several weeks now in preparation. Even the still-nursing colt was fine when the mare was absent for an hour at a time, perhaps a testament to Niji’s babysitting skills. Just as the house came into sight, we saw Terrie’s green F-250 pick-up and gray two-horse trailer driving down another farm road toward the house from the other side. Sokeri changed. I felt the change. The sensation was not just in her body—which did stiffen, her head raised with ears focusing on the trailer—but was also in the energy field around her, which included me. She became electric, like the air just before a storm.”

Book Title: Discovering Natural Horsemanship
Format: Hardcover
ISBN: 9781592289509
Author: Tom Moates
Author Notes:
Tom Moates is a leading equestrian journalist and author. This award winning writer is on the masthead of Equus magazine as a Contributing Writer, where his work frequently appears. Articles he pens run in many major horse magazines in the United States and abroad including The American Quarter Horse Journal, Eclectic-Horseman, The Trail Rider, America’s Horse, American Cowboy, Paint Horse Journal, Western Horseman, and Hoofbeats (Australia). Discovering Natural Horsemanship, his first book, and A Horse's Thought, Between the Reins, and Further Along the Trail are firmly established titles in the library of modern equestrian literature. Moates lives on a solar powered farm with his wife Carol and a herd of horses in the Blue Ridge Mountains of Virginia.
Condition: New 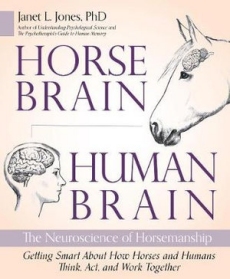