Great Horsewomen of the 19th Century in the Circus 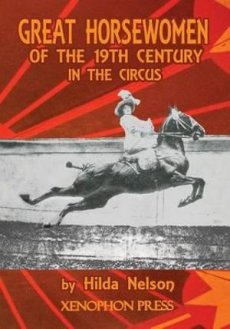 "Circus was quite a serious thing in nineteenth and early twentieth century Europe. Edmond and Jules de Goncourt noted in their Journal "We go to only one theater--the Circus. There we see clowns, tumblers....there is no false exhibition of talent..." Balzac believed that a circus equestrienne was worth more respect than an actress, a prima ballerina or an opera prima donna. And indeed, equestrians were the kings of the circus--and equestriennes, its idolized queens. For horsemanship was important then. It was more than mere entertainment. Wars had been won by good horsemen. Horses were still man's most valuable partner in so many aspects of everyday life. And the circus had been created by and for equestrians...Nelson takes us to a wonderful, often surprising journey with the greatest circus equestriennes of the nineteenth century, who reigned with so much flair over the most prestigious rings of Europe...puts back the spotlight on these unjustly forgotten stars of the circus of yore...' Many of the moves illustrated are very familiar 'haute ecole' moves in classical dressage--piaffe, Spanish walk, passage; as well as the more esoteric 'airs above of the ground' most familiar today as performed by the Spanish Riding School in Vienna and the Cadre Noir in Saumur. These moves include the courbette, capriole, levade, pesade, etc. And these circuses were housed in grand, theatrical palaces, not movable tents; but in buildings as exquisite as the equestrians/equestriennes and their horses, a fitting setting for these memorable equine artists. Includes an extensive glossary. The book is further enhanced by an Epilogue containing an account of the equestrian accomplishments of four contemporary ecuyeres: Catherine Durand Henriquet, Eloise Schwarz King, Geraldine Katharina Knie, and Katja Schumann Binder. 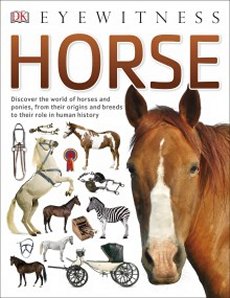 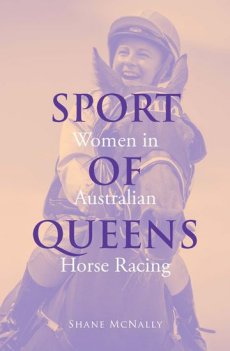