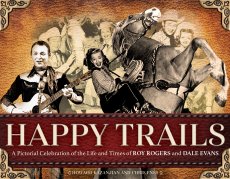 A unique and captivating collection of photographs and memories chronicling the lives of the King of the Cowboys and the Queen of the West.

Roy Rogers and Dale Evans made their first movie together in 1944, and so began a dazzling partnership with a devoted public following that lasted 52 years. In this charming photographic biography, readers meet the talented young man and woman who would eventually become the royal couple of B-rated Westerns, a reign that would last more than a decade. The dynamic pair, adored by fans for both their acting and their singing abilities, costarred in 29 movies and recorded more than 200 albums together, eventually parlaying their fame to the small screen with a half-hour television hit The Roy Rogers Show, as well as a comic book series and a long list of merchandise (including clothes, boots, and toys), bearing their names.

In these pages, rarely seen personal photos and striking publicity shots capture all aspects of Rogers' and Evans' life, including:

With a complete list of filmography for both stars and a look back at the artifacts once visible to the public at the Roy Rogers-Dale Evans Museum, this book transports nostalgic readers back to a time when the good always save the day and lovers ride off together into the sunset to the now-famous tune written by Evans that would become the couple's theme: “Happy Trails.” It is both a classic reminder for aficionados and a beguiling introduction to new fans, demonstrating how even when both career and family are in the limelight, they can still be well-lived.

Book Title: Happy Trails
ISBN: 9781646011148
Author: Howard Kazanjian & Chris Enss
Publisher: Trafalgar Square
Format: Paperback
Author Notes: Howard Kazanjian is an accomplished film and television producer and entertainment executive. Kazanjian has produced several blockbuster films including Raiders of the Lost Ark and Star Wars Episode VI: Return of the Jedi. Throughout his 40-plus years in the film industry, Kazanjian has been privileged to work with some of cinema's finest directors. Kazanjian's films have garnered more than a dozen Oscar nominations and have won ten Oscars. Kazanjian has coauthored 12 books with writer Chris Enss. Chris Enss is a New York Times best-selling author who has been writing about women of the Old West for more than 20 years. She has penned more than 40 published books on the subject. Her work has been honored with five Will Rogers Medallion Awards, two Elmer Kelton Book Awards, an Oklahoma Center for the Book Award, and was a Western Writers of America Spur Finalist. Her book The Pinks: The First Women Detectives, Operatives, and Spies with the Pinkerton National Detective Agency has been optioned by NBC and is currently in development to become a television series. Enss's most recent works include According to Kate: The Legendary Life of Big Nose Kate Elder, Love of Doc Holliday and No Place for a Woman: The Struggle for Suffrage in the Old West.
Number of Pages: 157 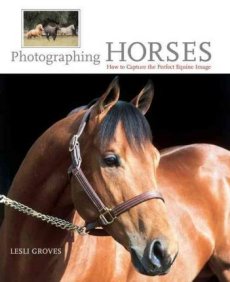